Yoth Iria - A little magic talk about "Under His Sway" EP

But there is more, it’s Devil, it’s Demonas, it’s Nightmare and i say so because of the fact that lucifer himself has joined forces – nobody could ever fit better than him “The Magus” (ex-Rotting Christ, Necromantia, Thou Art Lord and more)

“Under His Sway” is not just a debut EP, in terms of the simplicity! It is Yoth Iria’s first born son who transmuted into a cursed infant and then became a dead spirit, a spirit that conquered the underworld and arose the deities of Darkness, Chaos and Eternal Damnation. 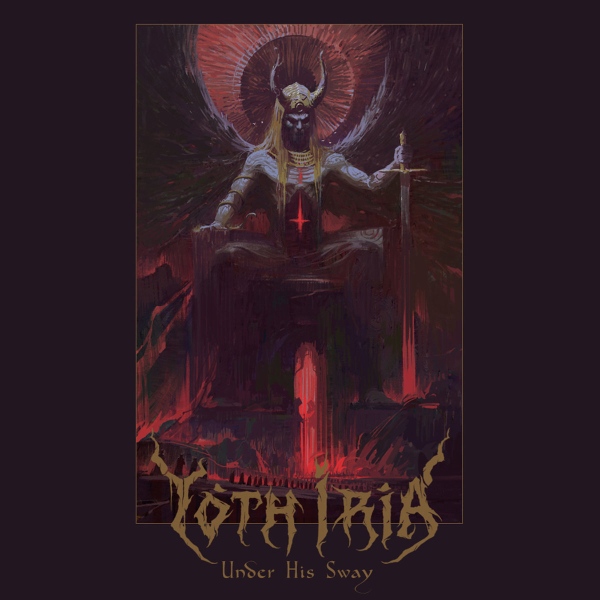 ‘Under His Sway’ released on Repulsive Echo Records some days ago, it contains three tracks including a cover of ‘Visions Of the Dead Lover’ off the mighty old-school Rotting Christ.

After a couple of days of music digging and Metal meditation I came across a band I’d never 'seen' before. That's Zorya! A deeply saddened travel towards Slovenia this time. Kinda of newborn, one-man's, extreme/black metal project which it was germinated about a year ago. Winter , debut single, was my first attempt to dig the soul of the project! A melodic, emotional yet, short-way journey towards feelings and thoughts. Jan - the man behind - tried to express his inner voice of sadness and anguish as loud as he could! The rawness of production and the accumulation of vocals to the deep-background were somehow allied and fulfilled the need to musically express one's deadlock and desperation. While there is no full-length release available, in order to get the whole 'picture' of the artist - I strongly believe that one has to keep an eye on this, overall promising , Slovenian guy - Jan ! A bundle of his two single releases can be grabbed for