on February 09, 2020
Another EP from Invocation (Chile), one more to the string of teaser releases being put out since 2016. Seems like it's been a customary thing for the band; perhaps they are trying to nail their sound and songwriting before committing to a full record. Starting off with a demo on 2016's The Seance Part. I, followed by an EP titled The Mastery of the Unseen in 2018, now we get another mini album under the name Attunement To Death, a 3+ to anything they had done in the past. 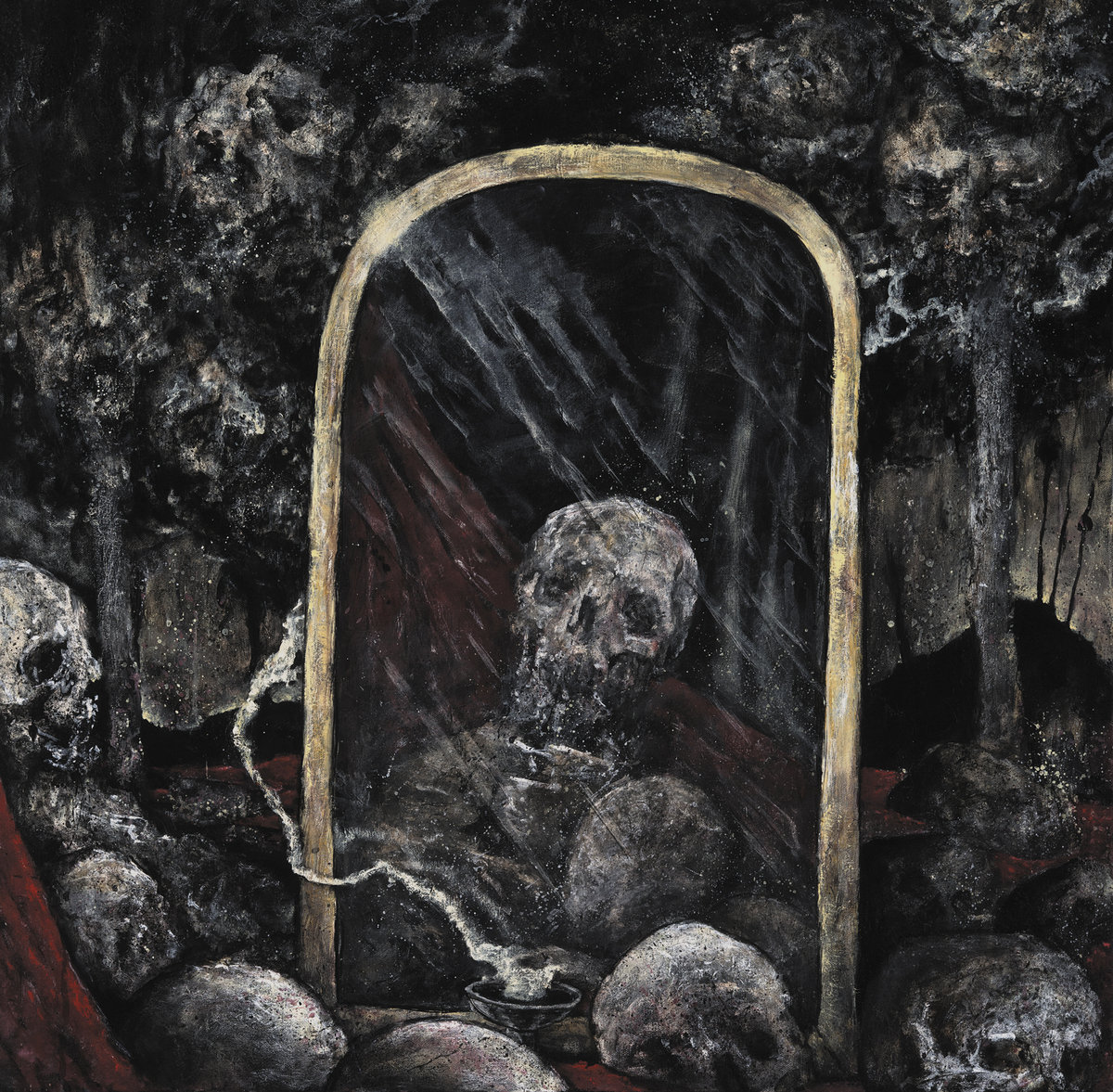 Guess we'll have to wait for that full length. In the meantime what's this worth?, for beginners it's Invocation's best material to date. Imposing and very threatening at the bare minimum, these songs are twisted, bold and surging with stamina. Their prior work can’t even be compared or placed into the same category as this. Songwriting efficacy has shot-up and tripled, production value has also taken a hoist, the material is a bit more technical, impactful and challenging. Take 'Flying Ointments' for example, it's still the same band but damn did the guys add depth to their music. Few more risks taken where intricacy is concerned, in addition the songs core structure provides room for guitar and drum work to expand and divert from the set formula.

A state of transitional awareness is aroused here, every musician explores various alleyways to achieve a recollective effect but remains committed to crossing the finish line unified. You'll hear drum sections bridge off into the guitar patterns and vice versa. Melodies swap places with vocal arrangements while tones and tempo deepen and sharpen to reflect vocal diversity. This effect is repeated throughout the album but is mastered on 'Divine Transition', any coincidence the song is titled such? I feel like Invocation has adopted some traits of a Spectrum Mortis whereby melodies take precedence and everything else follows in complementary fashion.


Progressing towards tracks like 'The First Mirror' you hear a band becoming of new heights, at the brink of hatching into true form, shedding its mundane ways. Just give ear to those guitar leads!, what more could you have asked of Invocation on an EP that's better than the full length output of many bands? I missed out on the opportunity to delve deep into their demo material, however with the time I was able to spend with The Mastery of the Unseen, I could detect Invocation were signaling better songwriting to come and its reflected-on Attunement To Death. With each following effort the band has demonstrated the ability to top their previous work in all aspects. Attunement To Death as I reckon is the definitive sound Invocation had been trying to achieve before setting foot in full length territory. Hence it be said, I think one should follow soon.